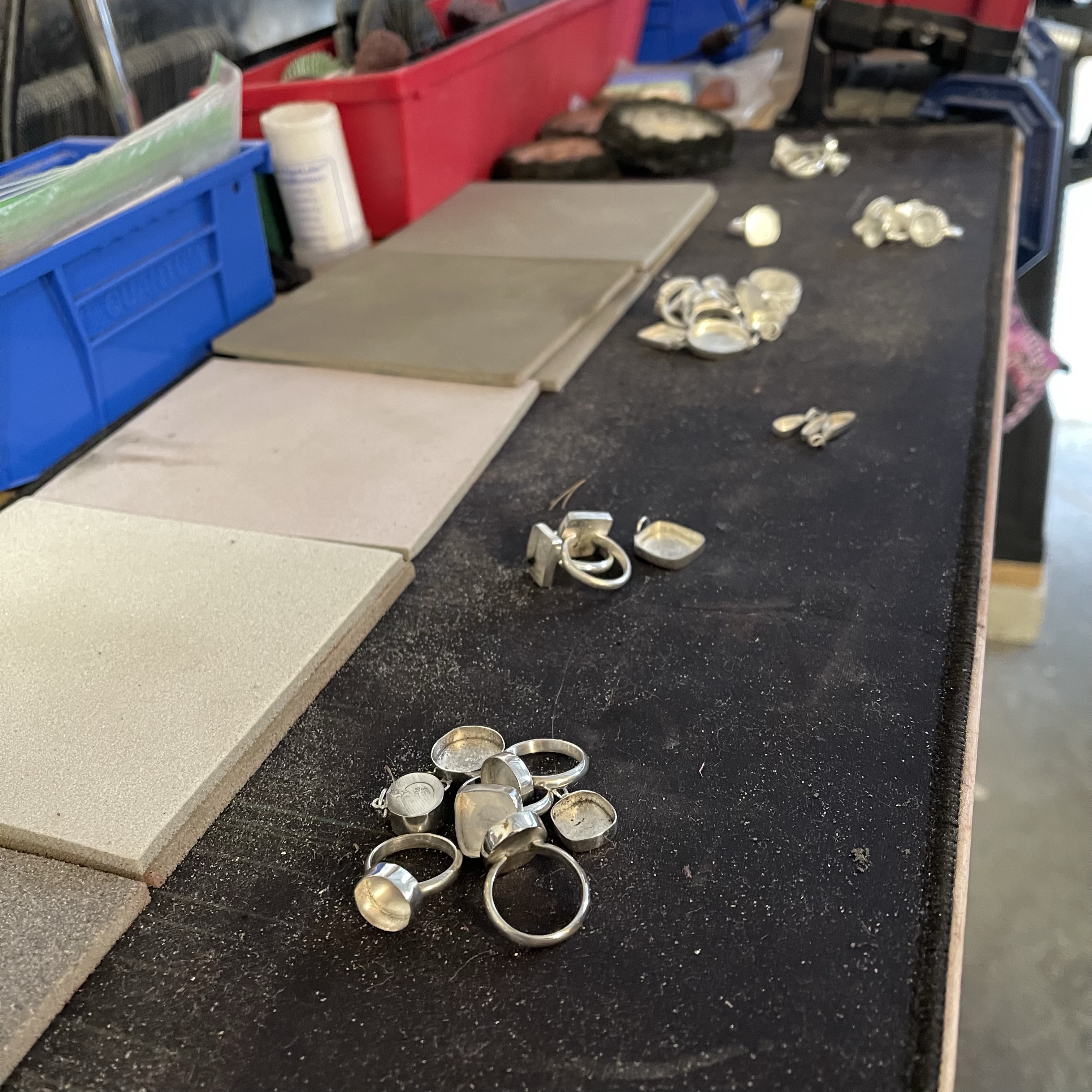 I have not been super motivated to metalsmith in the past week or so. Some of it is because I have been trialing new drugs to manage my health conditions, and that has been a bit of a roller coaster. But the cold has also been a factor – I have to get myself mentally prepared to deal with it and sometimes I just don’t have it in me.

But also, when I was making the Tiny Treasures collection, I was experimenting with batch production work. The idea is that there are efficiencies if you do the same activity on multiple pieces at one time. So, I had a bunch of stones that I wanted to work with, and I put them into small groups, so I could keep track of which settings belong to which stones. And then I did all the filing at once, then, all the sanding, then all the cleaning and polishing, and all the setting.

There are some things I liked about the process. Notably, I don’t enjoy polishing and it makes a big mess. I found that it’s a lot easier to do all the polishing at once and then clean up, as opposed to having to do that multiple times during one working session. However, I also found that I was not being as careful with each piece because I was focused so much on the larger process. So, some benefits, but some downsides too.

One of the downsides was that I found that I was making a lot of small mistakes that I don’t usually make, especially with the settings. In my next reel on Instagram, I’ll show some of those mistakes, and how I had to go back and fix a handful of pieces. Here’s a little peek at that process:

All of that has given me a lot to think about. I’ll be talking more about this in future posts as I try to get back into more mindful making, instead of a factory mindset. This is supposed to be a joyful escape for me, and I don’t want my desire to produce to overwhelm the joy of the creative process. Lots to reflect on here.💕