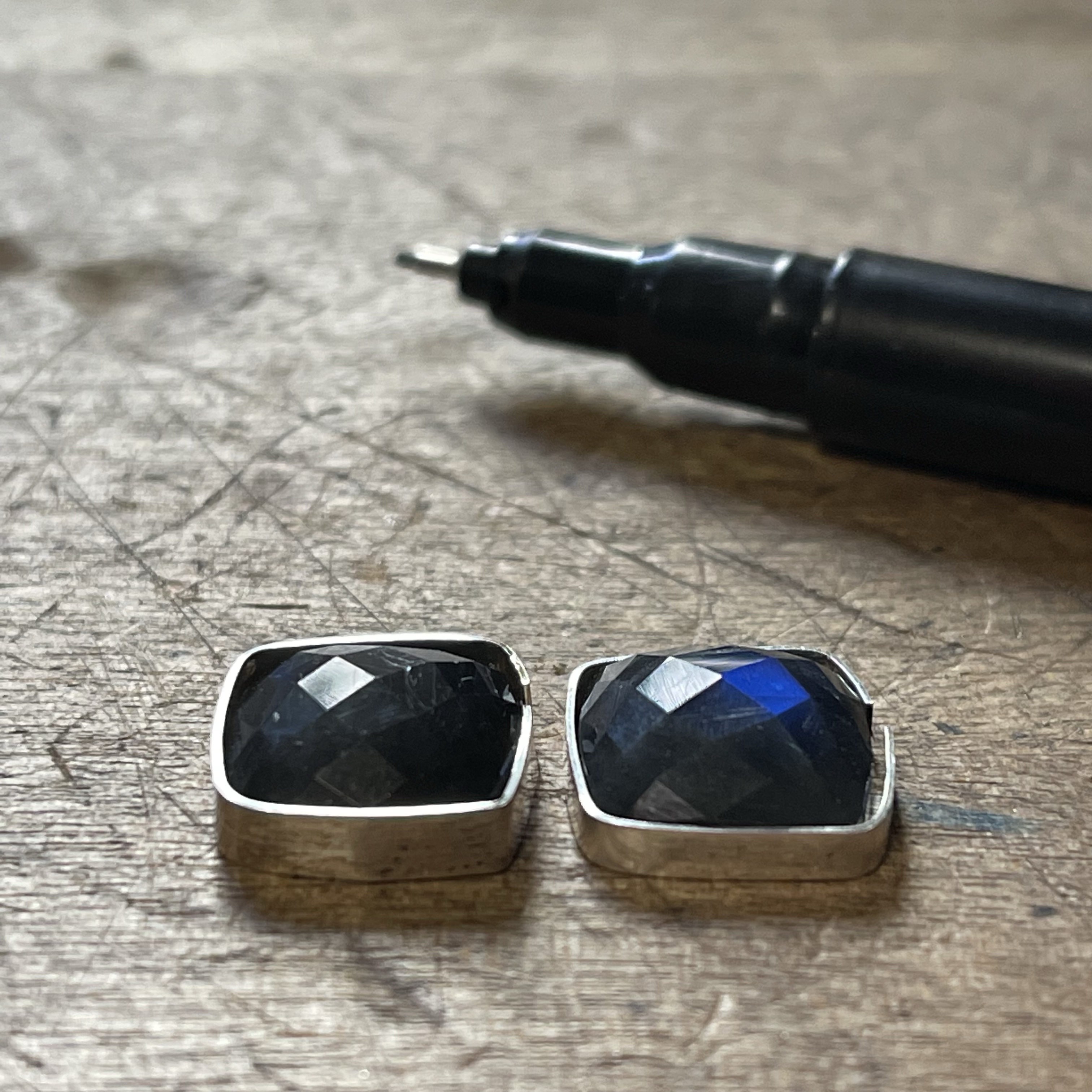 In the past few weeks, I’ve been feeling a little restless about the projects currently on my bench. Maybe it’s post-partum after the launch of Tiny Treasures?

I was experimenting with producing work in batches, but I found that focusing too much on streamlining my work has taken some of the joy out of what I was doing. So I decided to take a pause and just allow myself to create for the joy of it. I have been percolating on a couple of new collections, which are in various states of completion.

It’s been colder lately, and some days it’s just really physically hard on me to be out in the shop. So I have brought some of my stones indoors and I’ve been working on some design ideas in my studio notebook.

I decided to revisit these really beautiful, dark blue labradorite. I wanted to put them together as a bracelet, but as I started to draw things out in my notebook, I realized I did not have enough stones. Rather than abandon the idea entirely, I thought it might be neat to mix stones with some hollow forms to get to the right length. The little HF designation on my drawing stands for hollow forms.

I have been wanting to make some more bracelets for a while now, so I also used my indoor time to look at some of my previous work, and my notebooks about how I made those earlier pieces. I love looking through old notes and ideas for future projects! The whole process helped me realize that my skills have improved a lot, since I made these other bracelets. At the very least, they could stand to be completely refinished!

The top bracelet was the final project in my first full-length metalsmithing class a few years go. I spent a LOT of time looking at how bracelets were made, and I settled on this as the easiest way to connect the tiles with the skill level I had at the time. Maybe a year or so later, I made the bracelet with the mixed turquoise, and I enjoyed experimenting with other ways to create a bracelet that is both beautiful and drapey enough to be comfortable.

Here are a few little excerpts from my studio notebooks at the time:

I wasn’t in the right headspace to wrestle with my video set up, but I hope you enjoy some of these pictures! I look forward to sharing more work in progress with you as this piece takes shape.