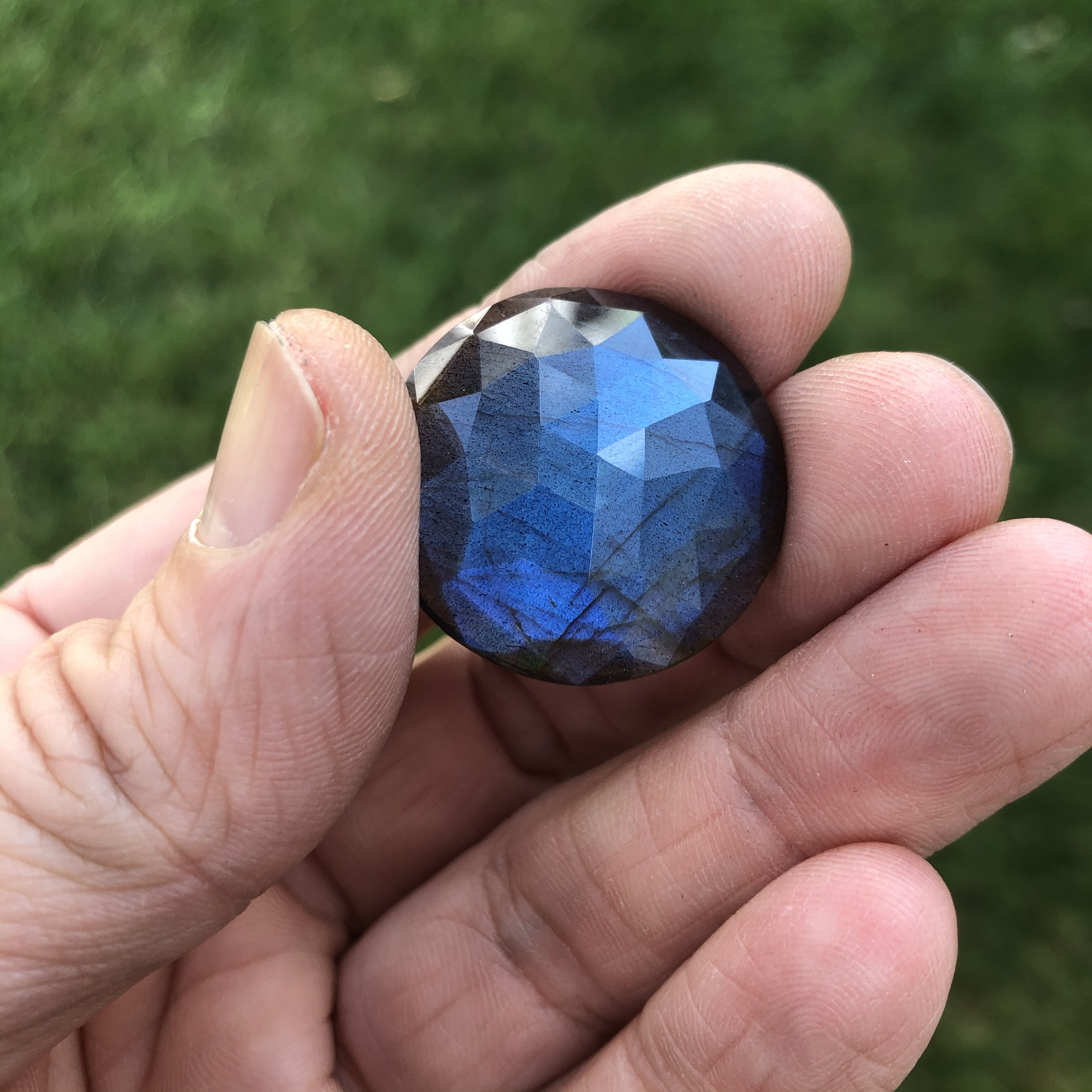 I started Lucy Walker’s prong setting class, and I’ve learned so much already. I’m attempting to set the beautiful labradorite pictured above.

These little saw marks (which in retrospect were probably too big!) mark where the prongs will sit:

The soldering operation is really complicated – you can only do a pair of prongs each time, and you have to do each subsequent pair without melting your previous work:

For the record, I am not doing what I was supposed to do, in so many ways. I used the wrong type of wire, I don’t have enough copper “castles” to pull the heat away from finished work … I could go on and on – but I’ll spare you!

Here is it with the jump ring at the top, all the prongs in place, and ready for polishing and setting.

Things went screaming downhill from here, though, because I didn’t follow the directions!

I had two choices for the setting: (1) use round wire, cut indents into the setting, and then solder, or (2) use half round wire – flat on the inside – in conjunction with the layout above. Somehow I scrambled the two approaches (ring without notches and round wire), so the prongs didn’t have enough surface area to stay attached.

Unfortunately, the whole thing basically imploded when I was trying to set the stone. I was super frustrated in the moment, because a half day’s worth of work is headed to recycling. But, I learned a lot from getting this far, so I think the second pass will be easier.

I had to order half round wire, and I am now in the process of rewatching the videos so I don’t make any more mistakes. Stay tuned for another post where I share the final piece, done the right way.