“Finding yourself” is not really how it works.  You aren’t a ten-dollar bill in last winter’s coat pocket.  You are also not lost. Your true self is right there, buried under cultural conditioning, other people’s opinions, and inaccurate conclusions you drew as a kid that became your beliefs about who you are.  “Finding yourself” is actually a return to yourself.  An unlearning, an excavation, a remembering who you were before the world got its hands on you.  ~ Emily McDowell

A tribute to my wonderful dad, who passed away a year ago today.

Grief, I’ve learned, is really just love.  It’s all the love you want to give, but cannot.  ll of that unspent love gathers in the corners of your eyes, the lump in your throat, and in the hollow part of your chest.  Grief is just love with no place to go.  ~ Jamie Anderson

A beautiful homemade latte, made with cashew milk. A super special thing for me, since it’s been about six years that I could have coffee or nuts on a regular basis. I made the cashew milk with a device called the Almond Cow.

The white one is a bit further behind, but coming soon.

We have never had a Spring garden quite like this before. It is such a pleasure to go outside, and see all the beautiful new flowers. I had no idea that there are so many varieties of daffodils, or that they smell so amazing! I bring in some cuttings every few days and it has really helped me focus on all the positive things that Spring represents.

In the Hitchhiker’s Guide to the Galaxy, the supercomputer Deep Thought is built by a race of hyper-intelligent alien beings to determine the answer to “life, the universe, and everything.”  Deep Thought determines that the answer is, somewhat anticlimatically, “42.”  It sounds like a joke, but is there more to this answer?  Douglas Adams was an unabashed computer nerd and knew a heck of a lot about programming language and coding.  In programming, an asterisk is commonly used to translate as “whatever you want it to be”.  In ASCII language, the most basic computer software, “42” is the designation for an asterisk.  A computer, Deep Thought, was asked what the true meaning of life was.  It answered as a computer would.  42 = “anything you want it to be.”  Genius.

When little people are overwhelmed by big emotions, it’s our job to share our calm, not join their chaos.  L.R. Knost

So true, but also easier said than done, especially in the midst of a global pandemic.  Via @walkthetalkshow on Instagram. 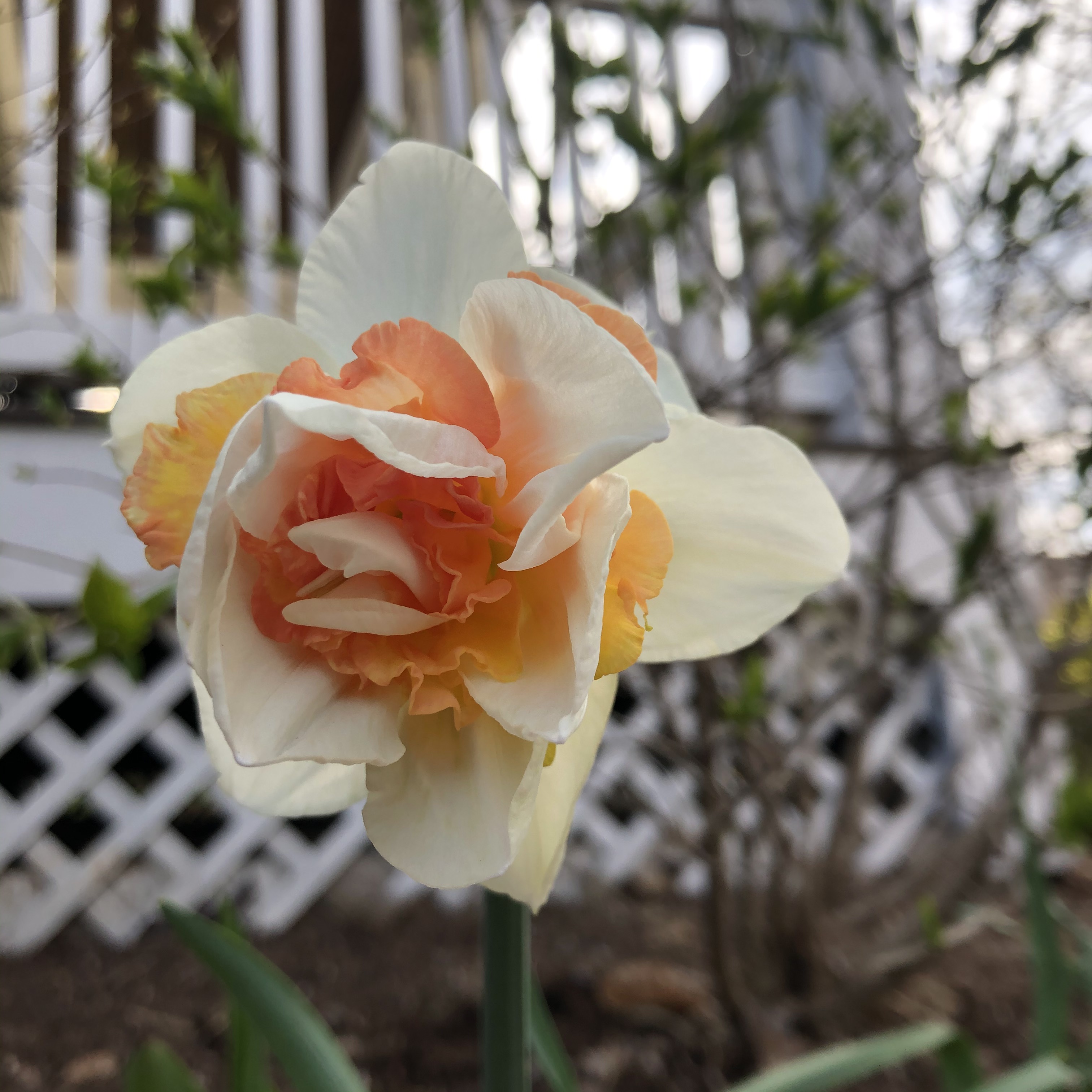 It is such a pleasure to watch the changes in our garden as the days go by.  I think it’s so important to see the beauty, to appreciate the incremental changes, and to realize that – for most of us – life goes on as our Winter turns into Spring.

Also, I did not realize that our peonies (in the last photo) are so ugly at this time of year?!

The epigraph from Time’s Convert, a novel by Deborah Harkness.

Posted by a French family member on Facebook, it means getting oneself out (implied is ‘out of a difficult situation’) without getting out (out of the house). 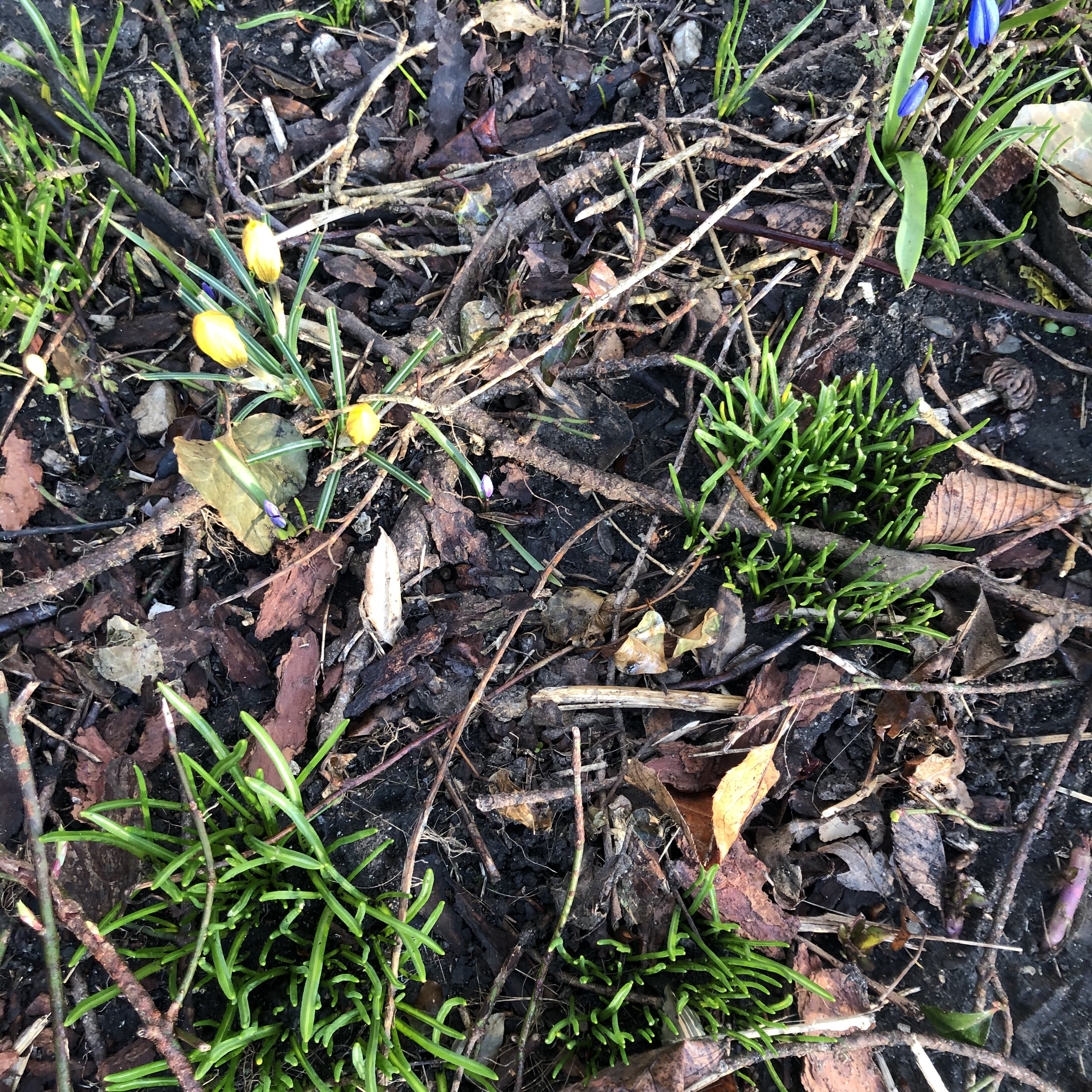 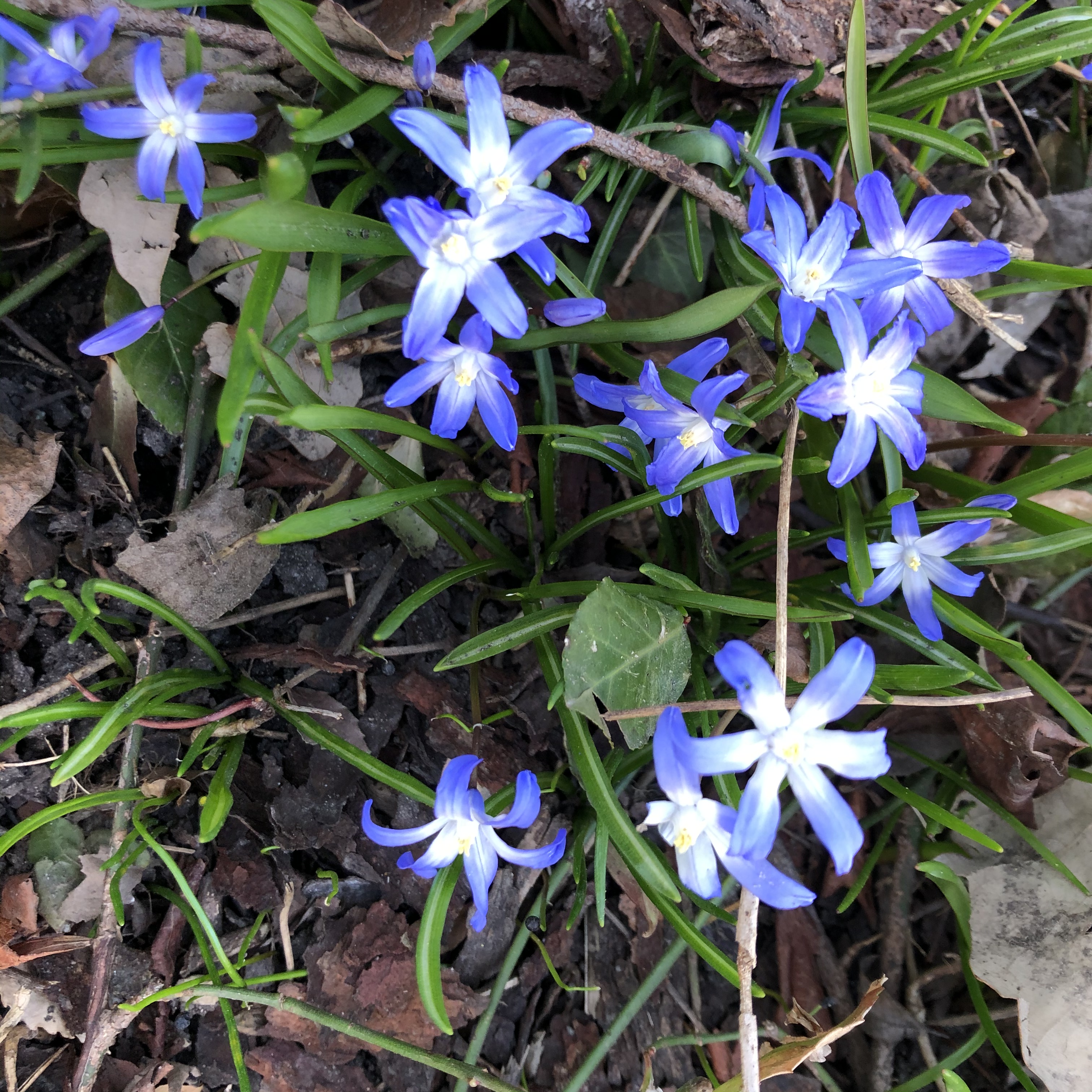 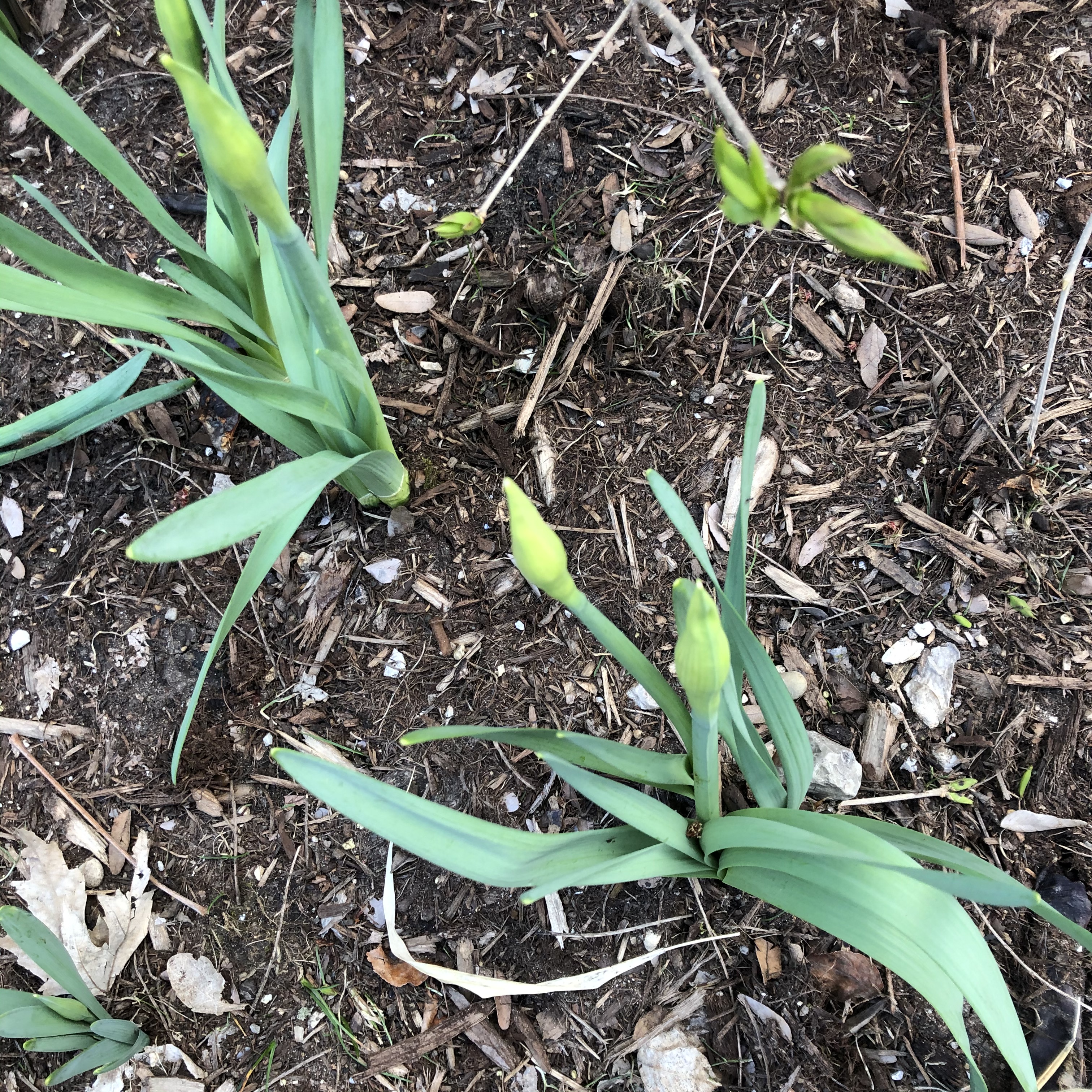 Signs of Spring amidst a global pandemic.  I find myself seeking out beauty (however small) to stay positive during these dark days.  March 2020.

Reading the Smith College alumnae magazine, and I came across this acronym.  OMEB – Ordinary Moments of Extraordinary Bliss.  I love it, and I’m going to spread the word (literally). 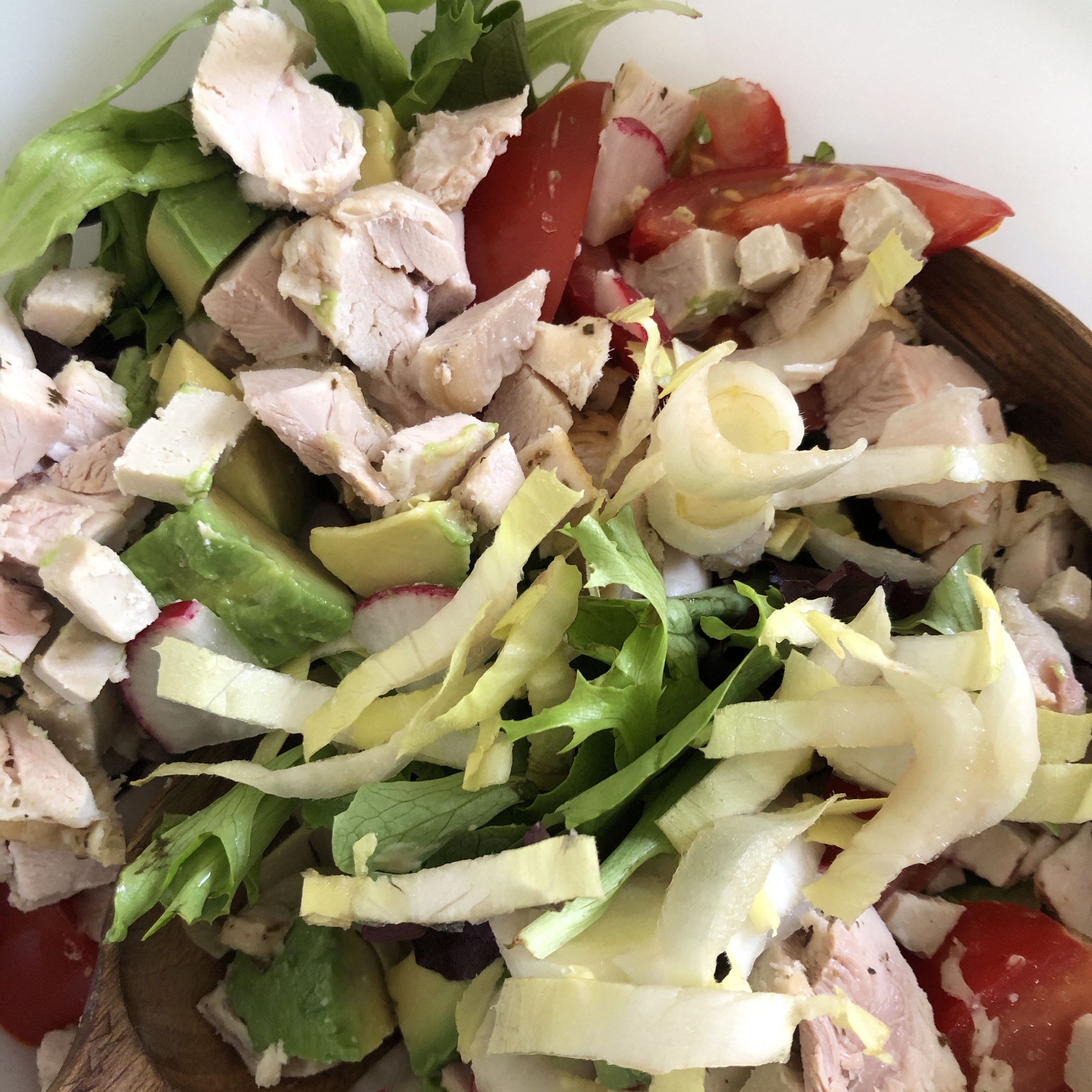 One of the real pleasures of working from home is that I don’t have to get up super early to pack all my meals.  Since I am doing intermittent fasting at the moment, I block some time on my calendar at 10 am, and I make a meal from the leftovers we have on hand.  Lately that has involved a lot of salad, which I vary with radicchio, endive, and other greens, as well as whatever meat we have left over.  I often mix in with radishes, peas, sliced tomato and some delicious new cashew cheese that adds a wonderful bit of salty taste.  It’s really satisfying, healthy, and beautiful too!

On April 2nd, our neighborhood lit candles to recognize our local healthcare workers and everything they are doing during this COVID-19 pandemic.  Here is our front porch:

We are on one of the main thoroughfares through the village, so we felt it was important to participate.  The collage was created by Betsy VanKula.

You are not stuck at home.  You are safe at home.

Still trying to make sense of this global COVID-19 pandemic and what it means to shelter-in-place.  Blessed that my family is safe and together under one roof, that we can continue feed ourselves, we have healthcare if we need it, and that we have not lost anyone close to us. 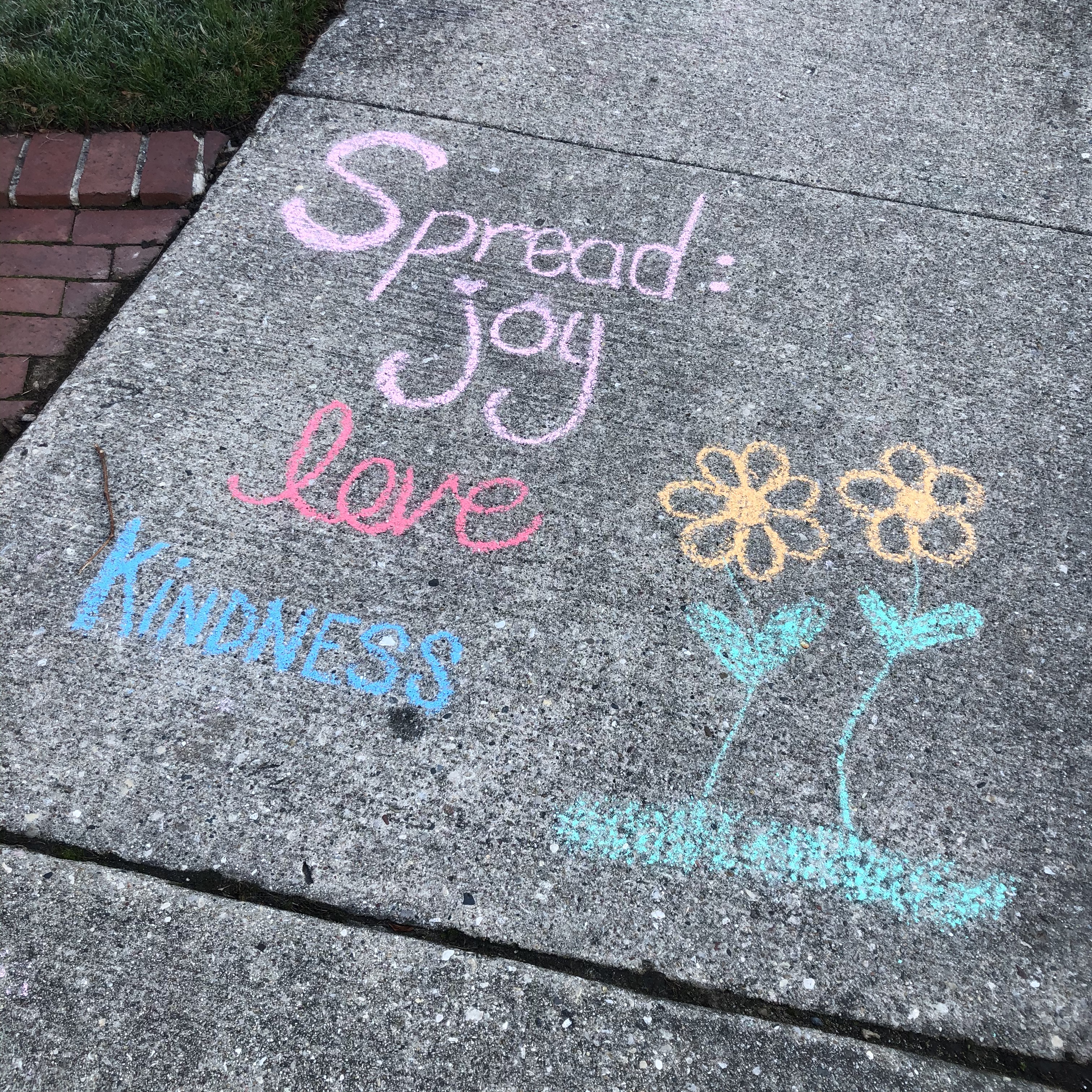 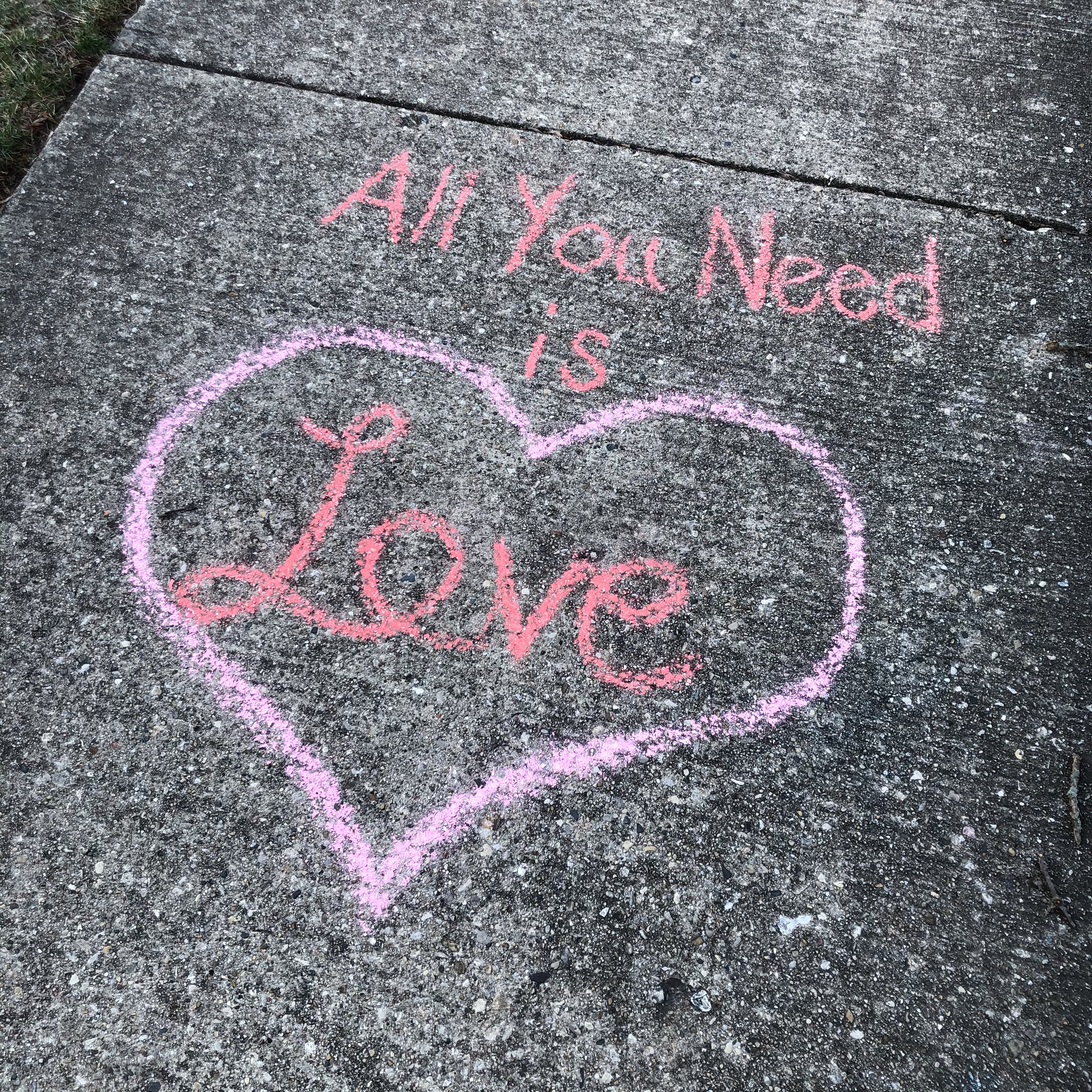 Neighborhood cheer during the COVID-19 pandemic.

You may ask yourself what is so special about tomatoes.  And, in fact, it’s not a particularly beautiful photograph, either.  But after a five-year hiatus, I am able to eat both raw and cooked tomatoes again.  And every time I eat them, I am so appreciative of how flavorful and delicious they are! 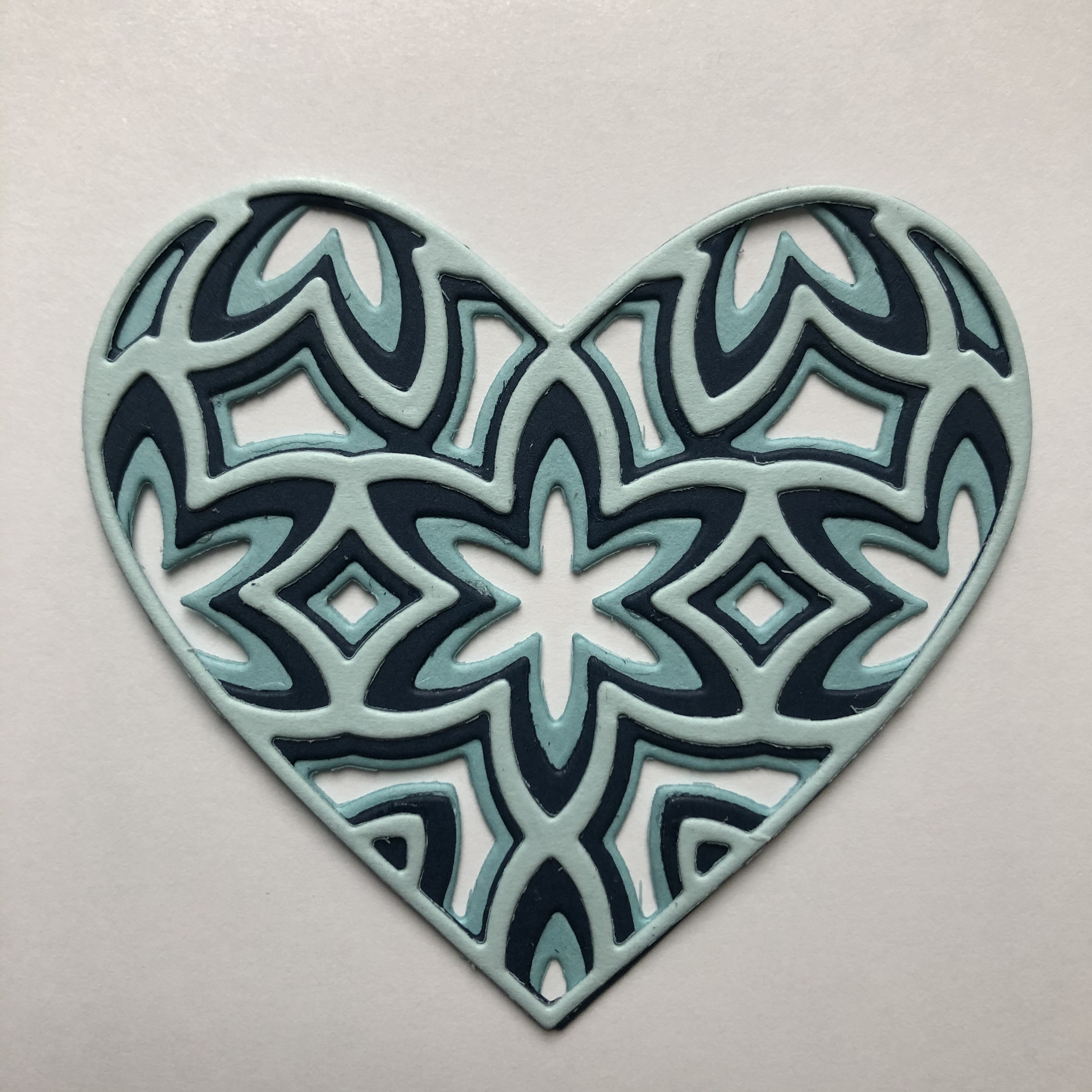 Over the winter I have been exploring some new crafts.  These are photos of a few cards I made with a new die-cut machine.  It’s the same paper and pattern, combined in three different ways.

The point of marriage is not to create a quick commonality by tearing down all boundaries; on the contrary, a good marriage is one in which each partner appoints the other to be the guardian of his solitude, and thus they show each other the greatest possible trust. A merging of two people is an impossibility, and where it seems to exist, it is a hemming-in, a mutual consent that robs one party or both parties of their fullest freedom and development. But once the realization is accepted that even between the closest people infinite distances exist, a marvelous living side-by-side can grow up for them, if they succeed in loving the expanse between them, which gives them the possibility of always seeing each other as a whole and before an immense sky.

The Chicago Botanic Gardens has a spectacular orchid show in the late winter each year.  We haven’t in awhile, but I thought I would share these pictures from years past.

Glimpses of the Chicago Botanic Gardens, taken while I was helping my son with his photography homework.

Smiling plastic tag on the sidewalk in Evanston, IL.  8 January 2020.

I’m lucky to work with such an amazing team at work.  Every once in awhile I get a thank you from someone on the team, and I feel so blessed that the appreciation is reciprocated.  This unexpected little gift and the accompanying note left me feel very lucky indeed.

My mom’s handmade Christmas wreath from 2018, at her home in Florida.  It’s made with local air plants, dried pomegranates, and a few pinecones from her other house in Connecticut. 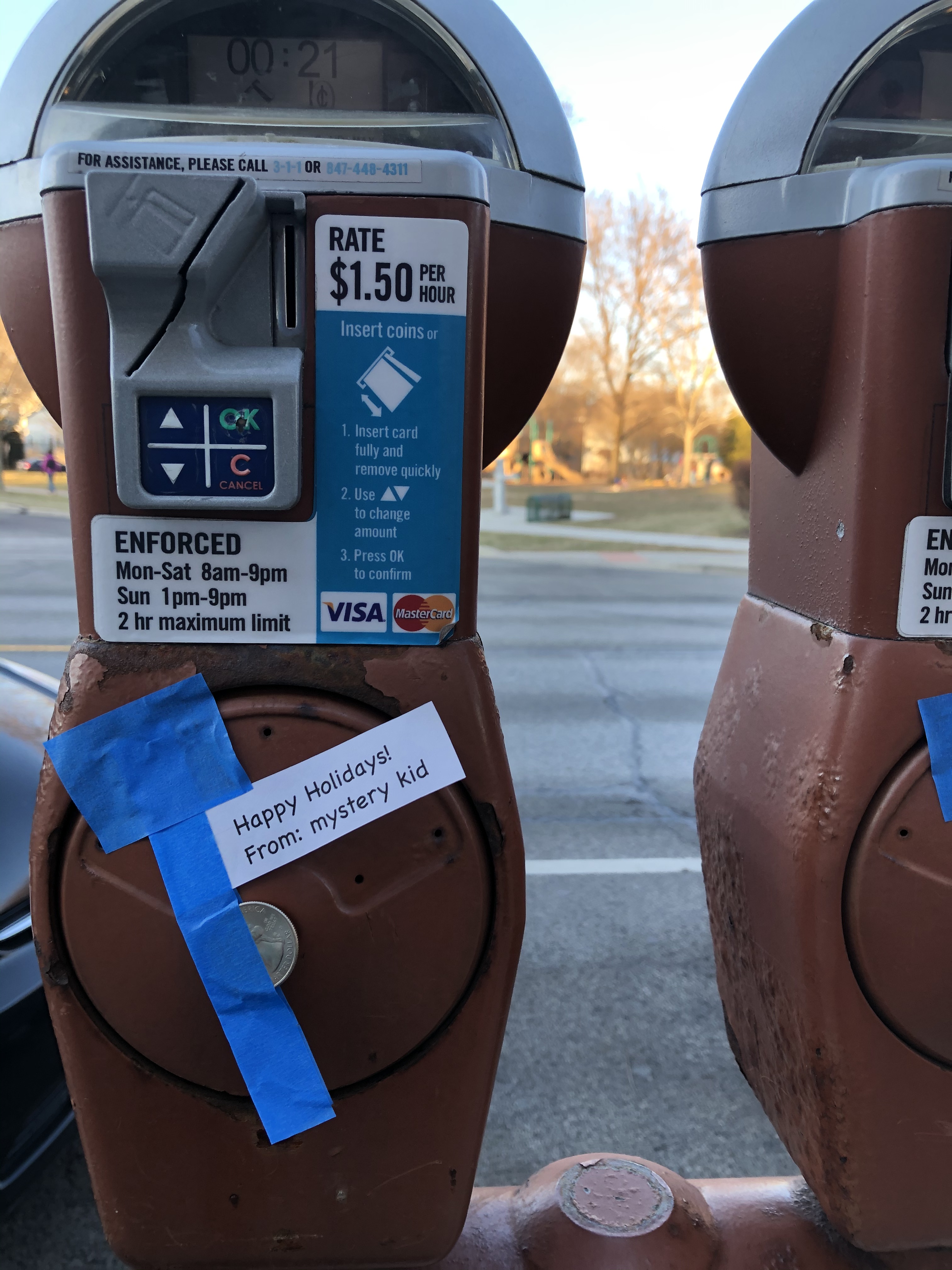 Happy Holidays from the mystery kid.

The last of my coconut oil is smiling back at me!